Everyone likes to find great happy hours and dining secrets only the locals know, so the new show Misfit Mermaid perfectly fits the bill. Hosted by Dara Jean Harvick, three episodes have already aired on the 30a TV network. CLICK HERE TO WATCH ALL EPISODES 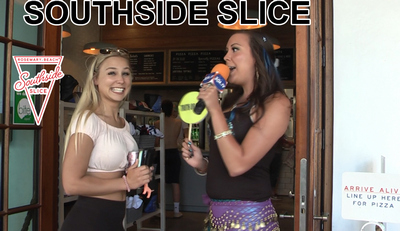 The first visit discovered some yummy food at Blue Mabel, the second found $3 beer and pizza specials at Southside Slice in Rosemary Beach, and the third episode was a trip to Elmo’s Grill, a locals’ favorite for 30 years.

Dara started working in television in high school, in a morning news show called Grassroots TV. The show was featured in every classroom once a week and on the local cable channel. She knew then, that working in television was something she wanted to pursue and spent most of her high school career in the theater department and many summers in acting and theater camps.

“I moved to South Walton in the summer of 2010, said Dara, after reuniting with my father who was already living here. I fell in love with the people, the places, and especially the water, and of course, being a Mermaid. I knew I was where I belonged, and the only thing missing was the opportunity to work in television. Luckily, thanks to 30aTV, that opportunity has come.”

One segment of the show is already becoming a favorite, Truth or Dara! With some intriguing results from the choice – some have even won prizes. Look for another 26 episodes in the series, covering the people and places along 30A.

About 30a Media:
Our goal is simple, to be the #1 video resource for information, entertainment, beach style. 30a TV broadcasts in 9 counties of the NW Florida Panhandle, nationwide on Roku Web TV, Amazon Fire TV, Google Play, and at www.30a.tv. Download our free Iphone and Android apps to watch live. 30a Media remains committed to continue innovating and providing our viewers with the content they request.

In the world of real estate, Anchor Realty is rewriting the rules on how to present properties and talk about them. Their Innovative new TV show in the 30A Television Network (www.30a.tv) describes the lifestyle of living on the best beaches in the USA.

Anchor Realty agents are visiting places and talking to people about why you’d want to live in the  area versus just going to a property and showing it. The idea of using video and real estate is not new, however, highlighting the lifestyle of where to live including the people and places that are the attraction to relocation.

Anchor Realty is headed up by Oliver Monod, the broker owner, who has been in the area for 40 years as a realtor, first visiting here in the sixties and seventies.  Olivier is a colorful character, originally from France, with an infectious accent, a delight to listen to. He is well versed in the real estate market and has covered everything along the panhandle from lots, to single family homes, to development properties on the coast including Apalachicola, 30A, to Navarre.

“I am excited to produce the series of television segments, said Olivier Monod, Broker Owner, Anchor Realty of St George Island, LLC. There are deciding factors in a home purchase, but the number one choice factor should be the community and lifestyle. Our shows aim to show that in our unique way.”

Olivier began the program with an overview of the area and the trends and price ranges along the coast.

Several of the Realtors of already taken advantage of the program by visiting properties and describing how the closely are two amenities such as shopping dining the beach off the beach want to do shopping so on.

Mark Levesque was the first Anchor realtor to start the travel and “things to do” aspect, where he showed a couple of properties and amenities in Pier Park area and Watercolor. In the episode he visited Pier Park some of the neat places there and actually took a golf cart ride while talking on camera.

Kelli Oglesby and Lilia Cabazes went to a property at in Point Washington and showed the home plus the beach with an aerial view as well as describing places like Eden Garden State Park alongside the concept of talking about the lifestyle of living there.

Their overview make total sense when it comes to real estate because after all, properties are properties, we all have our favorite thing that we want within that property, such as a fireplace or a pool, or particular kind of kitchen layout, but at the end of the day it’s the people and places of an area that makes you attracted to it, and want to live there. You can see some of Anchor Realty’s properties descriptions and videos at www.30a.tv in the real estate channel. 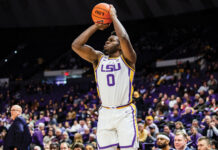