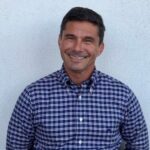 Hormone therapy has many benefits and I’ve written about these for several years now.  Hormones can, however, have some unexpected effects and I have seen these effects firsthand in our clinic.  I’ve informed prospective patients for years that hormones are not just for libido and sexual function.  Women tend to focus on their lack of libido and men tend to focus on a lack of performance.  But, in my view as a physician, these are the least important benefits of hormone therapy for both men and women.

As a physician I prefer to focus on the ability to prevent disease and improve the health of both body and mind.  Hormone therapy can prevent numerous cancers, diseases of the heart, diseases of the brain and so much more.  Hormone therapy reduces cholesterol and blood pressure and lowers overall mortality rates.  Testosterone reduces stress levels and anxiety.  Many of our patients are able to get off their anti-depressants after starting hormone therapy with us.  Patients can finally lose weight.  Motivation increases and mood improves tremendously.  In fact, it is not unusual for patients to apologize to us about being angry and irritated prior to therapy.  They’ve been bitter and irritable for so long it had become part of who they were and didn’t see how it was affecting everyone around them.  After getting treated they were finally happy and relaxed again and quickly realized how poorly they were treating everyone around them, including those they love the most.

Then there are the unintended consequences of hormone therapy.  On several occasions in our practice, we have seen couples who were once happily but had reached a point where they just couldn’t tolerate each other.  At the edge of divorce their stories were all nearly identical.  Their partner had just changed.  They were tired, quick to anger, lost their empathy and just didn’t seem to care about anyone.  They couldn’t find the person they had married anymore.  I would hear,”Our marriage is essentially over so I’m finally doing something for me.”  After the hormones kicked in, mood improved, stress levels came down, and problems got smaller.  The major issues causing arguments turned into the minor issues they had always been.  Stress and tension reduced and those quick to react and quick to anger emotions faded.  I have heard more than once that getting hormones not only improved the patient’s life but also saved a marriage at the brink of extinction. 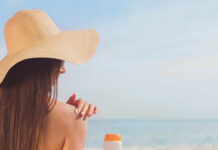 Protecting More Than Your Skin 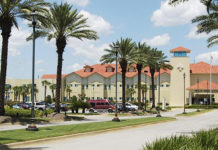 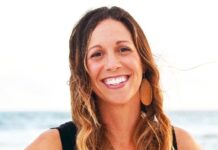 Journey Bravely: Where Are You Fishing?