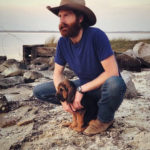 This is not my story. It was told to me. In fact, I’m hearing it for the first time, just like you are.

The year was 1982. The old man climbed out of a rust-red Ford. He was ancient. He walked with a shuffle as he hobbled into the supermarket. Struggling to walk. Fighting to breathe.
A young man in the parking lot saw him get out of the rust-red Ford. He rushed ahead to help. The kid was wearing a black sports coat. Black tie. Hair slicked back. Lots of cheap cologne.

“Thank you,” the old man said. “Would you be kind enough to get me a buggy?”

The kid pulled a cart from the stockyard of buggies. The old man hooked his cane over the handle and tried to catch his breath.

“What are you so dressed up for?” the old man asked.

The old man nodded, but said nothing. He pushed his buggy into the store. Past the pneumatic doors. The store was filled with the paralyzingly lush sound of muzak. Death by violins.

The kid was following him closely because he was a good kid, and the old man was wheezing badly. He looked like he was about to fall over. Pale and gaunt. Shaky and frail.
“I’ll help you shop,” said the kid. “I’ve got some time before the funeral starts.”

“Thank you,” said the old man, whose face lit up like Christmas.

They puttered through the A&P together. Two strangers. When they reached the Campbell’s soup aisle the old man asked a question.

“You weren’t close with your father?”

“No. He left my mom when I was little. He didn’t want anything to do with me. I didn’t even like him.”

“Did you stay in touch?” he asked.

“Not really. I called him sometimes, but he never had much time for me. He had lots of problems. I was just one more.”

The kid shrugged. “I guess.”

And that’s when the air got weird. Everything became weird. The old man lowered his gaze at the kid. The old voice was suddenly very strong and rich. A deep baritone. And he did not sound like an oldster anymore.

“Your father loves you,” said the man.

The kid looked around. He was wondering where the Allen Funt and the hidden cameras were. But the old man was still looking at him with those tap-water blue eyes.

“Your father is sorry he hurt you,” said the old man. “And he loves you very much. And he wants to know if you will forgive him.”

The old man was speaking present tense. Not past tense.

The kid was sufficiently weirded out now. They didn’t speak to each other much after that.
Shopping was pretty awkward. The old man just pointed and the kid fetched his items. But nobody spoke.

When they got to the checkout aisle, the kid left the old man briefly to use the restroom. He jogged into the john and was gone for maybe three minutes. When he returned, the old man was gone.

The kid asked the lone cashier if she had already rang up the old man.

“What old man?” she answered. “There hasn’t been anybody in this store but you.”

So the young man trotted out of the building. He wandered into the vacant parking lot.
There was no rust-red Ford. In fact, there weren’t many cars in the parking lot at all.

The kid drove to the funeral that evening. He found his father lying in a pinewood box. He wept all over his old man. He whispered things into his father’s ear. Healing things. Things he had been waiting a long time to say.

And 40 years later, when the kid told this story to me, he did so with red rings around his eyes. He is no longer a kid anymore, but a father of three.

I asked the kid whether he thought the old man in the grocery store was an angel.
“No,” the kid said. “I don’t think he was. I know he was.” 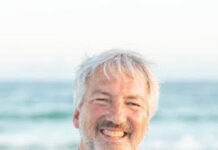 It’s Not What You Are, It’s Who You Are 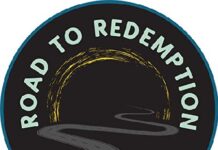 The Road to Redemption: The Chet Walker Story