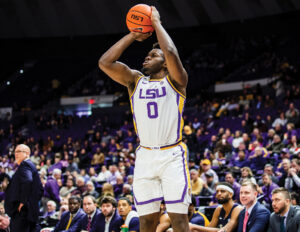 The Emerald Coast Classic, one of the area’s top sporting events, returns after a two-year absence this Thanksgiving weekend, providing fans along the Emerald Coast a look at college basketball teams that hope to make their presence known in the 2022 NCAA Tournament.

LSU, seeking its third straight appearance in the NCAA Tournament, and Oregon State which was the Cinderella story of the 2021 NCAA Tournament after advancing to the Elite Eight, headline the Emerald Coast Classic field.

The semifinal round games on Nov. 26 will feature LSU playing Penn State at 6 p.m. Central Time, followed by Oregon State facing Wake Forest at 8:30 p.m. Central Time.
The championship game on Nov. 27 will tip off at 6 p.m. at The Arena at Northwest Florida State College with the third-place game set for 3 p.m.

It will be a homecoming of sorts for Wake Forest head coach Steve Forbes, who served as head coach at Northwest Florida State College from 2011-13, guiding the Raiders to a 62-6 record. Penn State captured the 2018 NIT championship.

Tickets can be purchased online at https://www.emeraldcoastclassic.com/2021-tickets/
In addition to the prime-time matchups, the Emerald Coast Classic will feature an afternoon session on Friday as well as a Saturday morning session involving McNeese, North Carolina A&T, Samford and St. Francis Brooklyn.

Here’s a sneak preview of the participating teams:

LSU Tigers
LSU has a combined 39 SEC wins over the past three seasons— the most in the conference during that span. The Tigers are the only team to finish in the top four in the SEC in each of the last three seasons and have established themselves as a perennial SEC contender under coach Will Wade.

Oregon State Beavers
The Beavers had a 14-12 record before winning the Pac-12 Conference tournament in Las Vegas and making their historic NCAA Tournament run. Oregon State, which had not won an NCAA Tournament game since 1982 before notching three wins in the 2021 bracket, has the pieces to make the NCAA field again as an at-large section.
The key question is can coach Wayne Tinkle and the Beavers handle the heightened outside expectations born out of last season’s Cinderella story? Six of the top eight scorers from the remarkable Pac-12 and NCAA Tournament are back.

Penn State Nittany Lions
Between his offensive acumen and experience with the likes of Brad Stevens and Matt Painter, don’t be surprised if first year head coach Micah Shrewsberry leads Penn State to a surprising finish in the Big Ten Conference. Success will be defined by how quickly everyone picks up the style of Shrewsberry who lured Siena’s Jalen Pickett and Western Michigan’s Greg Lee to supplement holdovers John Harrar and Seth Lundy.

Wake Forest Demon Deacons
Year Two of the Steve Forbes regime should be an improvement and provide hope for the future. Senior Daivien Williamson followed Forbes from East Tennessee State to Wake Forest and led the team in scoring (12.9 ppg) last year. Senior Isaiah Mucius led the Demon Deacons in rebounding (5.2 avg.). The duo were the only players to appear in every contest during the 2020-21 season. Mucius (10.3 ppg) can score inside and out. A crop of new faces should help the team’s talent level and depth. 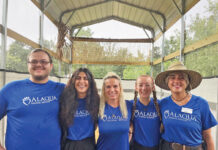