On September 22, 1993, Amtrak experienced the deadliest crash in American history. Just north of Mobile, Alabama, the Amtrak train known as the Sunset Limited derailed in the swampland near the Mobile River. At that time, I was the owner of a video production company in West Mobile, not far from the airport. When the call came around 7am for me to capture the breaking news of the wreck for Inside Edition and for Fox News, no news team had filmed it yet. It would be noon before the network film crews from New York and Miami would arrive. 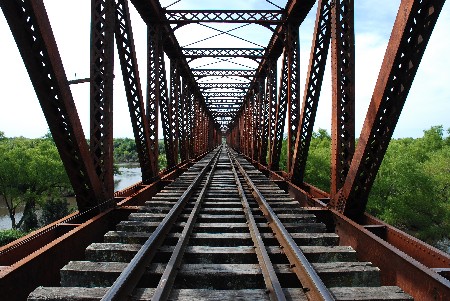 Because this was so long ago, the iPhone had not yet been dreamed of. No images were coming in from the scene of the derailment. There were no roads for miles around, and the area waterways were closed down. I was asked to take my professional camcorder to the local airport where a plane would be waiting to fly me over the wreck site. It wasn’t until arriving at the horrific scene I began to grasp the magnitude of what had happened. Forty-seven passengers and crew were killed that morning. Though I had a job to do, I felt an immense sense of inadequacy to help those trying to survive. Other than some shaky Coast Guard footage, what I had filmed was the first video the world saw of the devastating event. After dropping off the video tapes to the satellite truck (YouTube did not exist then either) I waited to hear from the network to see if they needed me to film anything else.

When the “A Team” of producers and directors arrived from Miami and New York, they asked me to stay on the story for another day, and to capture the human elements while they tried to break the news of how the people were killed and who was to blame. The rumor among the locals was that the wreck was caused by displacement of the rails when a heavy barge collided with the rail-bridge minutes before the train was to cross. That rumor was later confirmed by tugboat operator Willie C. Odom who didn’t know what had happened until it was too late. This is where I began to hear two sides of the same story.

While at the hospital filming testimonials from passengers and employees who were on the train, I constantly heard how awesome the crew members of the tugboat were, and how they had helped save dozens of lives. These survivors told of the brave men who jumped into the alligator infested water risking their own lives to save others. Yet, at that same time, the network news team was uncovering details of the crash that would implicate the captain and crew of the tugboat in the deaths of dozens of people. As it turns out, it appeared both accounts were true. News broke that those on the tugboat saving others lives from the fiery wreck were also the ones responsible for causing the train to derail in the first place.

There are two sides to every coin. You can tell facts about yourself to make others believe you are a complete failure. Your family and friends can tell facts about you to make others believe you are awesome. There are always two sides to everyone’s life story. But no matter how bad you blow it, or how many times you mess up, you must refuse to let your mistakes define you. While the men on the tugboat may have been responsible for the death of others, that didn’t stop them from saving whoever they could. What we do after we make a mistake speaks volumes. Don’t let your mistakes stop you from fulfilling your destiny. Someone else’s life may depend on it.

The Road to Redemption: Grief Journey with Doug and Jean Landphair