Years ago, regular television programming on one of the three then available channels was annually preempted, often on a February Sunday evening.  Schoolchildren rejoiced over delayed bedtimes. Families settled down in front of mostly black and white TV sets to view the cinematic masterpiece, The Wizard of Oz.

A plethora of elements defined the movie as a classic: vivid color, masterfully orchestrated music and choreography, the introduction of new film idol Judy Garland, characters such as flying monkeys and talking trees, tension between good and evil, a heartwarming ending and an uplifting message.

This year marks the 80th anniversary of the Mervyn LeRoy classic. It still holds place as the most seen film in movie history. Oz received six Academy Award nominations, winning two for Best Original Song, “Over the Rainbow,” and Best Original Score by Herbert Stothart.  Best Picture in 1939 went to “Gone with the Wind”…what a year for cinematography!

A recent talk radio segment provided an engaging dialogue in recognition of this year’s historic milestone. Anecdotes were offered about the process of cast selection and actors considered for parts, but not chosen. What really garnered one’s attention, though, was the conversation about what each of the primary characters represented and their determined search for something…something that was already theirs.

An effective career or life coach believes their client already possesses the answer to what they seek. Take Dorothy for instance, although she encountered rich experiences in Oz, she perpetually agonized over returning to Kansas. As the balloon that would jettison her back home prematurely launches with hope squandered, good witch Glinda returns. The solution, as it turned out, was always Dorothy’s. Three clicks of the ruby slippers, an intentional focus on what she wanted, and the chant, “there’s no place like home” was the ticket.

As did Dorothy, many also would have remarked to Glinda, “If it were so easy, why didn’t you tell me earlier?”  To which Glinda replies, “You wouldn’t have believed me.”

How often “limiting beliefs” blind the answers. Glinda recognized Dorothy’s dilemma, but was wise to allow her space and time to learn, grow, and figure it out for herself.  A coach, a teacher, a parent, a supervisor can each learn from Glinda’s example.

Dorothy’s companions through her Oz journey, besides Toto, included the Scarecrow, Tin Woodman, and the cowardly Lion. Although lacking a brain, the Scarecrow becomes the group’s chief tactician, devising plots to claim the Wicked Witch’s broom for delivery to the Wizard. Emotional support in trying times comes from the Tin Woodman, full of spiritual heart, though like the Scarecrow, without what he sees as the most crucial, the physical element. The other tribe member, the Lion, exists in fright, yet when called to task, exerts his DNA as King of the Forest leading the rebellion that overcomes the Witch’s guard.

Near the story’s end, the Wizard is revealed as flawed and deceptive. Many in leadership roles have been similarly exposed. When it happens, there is embarrassment and defeat. Acknowledging his shortcomings, Oz humbly confesses to his inept wizardry, yet encouragingly preserves his dignity.  Overcoming his own limitations, he shares his wisdom, especially with the Scarecrow, Tin Woodman, and Lion through symbolic affirmation of their best qualities that they already possess.

Everyone faces seasons when held captive to circumstances. A loving God bestows us with answers within ourselves. As in Oz, maybe it just takes a bit of life experience, challenge, advocacy, and encouragement to improve. 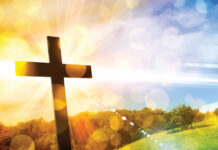 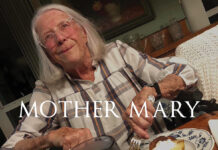 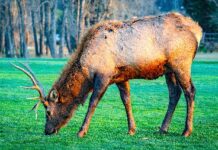