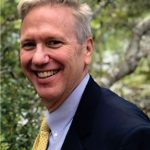 Investors are, and have for some time, been hearing and seeing a lot about green and clean energy. Green energy is also known as renewable energy or not expendable like a fossil fuel. Examples of green or renewable energy include solar energy, wind energy and hydroelectric energy. These are not only considered green, as in good for the environment, but also clean in that the carbon emissions are low to none. As industrialized nations look to ensure the quality of their air, green energy sources are growing in focus and importance. Cleaner energy, while not necessarily green or renewable, has much lower emissions. The best example of that is natural gas.

As the world continues its focus on greener or cleaner energy, an increased demand has been placed on these sources. Electric utilities, which produce the electricity for homes, businesses and now cars historically have depended heavily on coal to generate electricity. Simply put, they would make electricity by burning coal which creates the steam that turns the turbine that produces the electricity.

Coal has been replaced at an increasing rate by wind, solar and natural gas and this is likely to continue and accelerate. Add to that, the new administration in Washington is placing great emphasis on green energy and that has implications for investors as well. We will attempt to cover those for you here.

WIND ENERGY. Have you ever seen the huge windmills that might dot the scenery as you drive across certain areas of the country? They are prevalent in the desert. (Driving from Palm Springs to Los Angeles you can see hundreds of them from Interstate 10). Those are known as windfarms. And you are beginning to see several dot the waters offshore as well. Many large oil and gas firms have significantly increased their investment in wind energy. They are doing this by investing in wind farms as well as investing in or buying smaller companies that specialize in wind energy. There are stocks that investors can explore as well as funds that invest in wind energy. Those huge blades turn in reaction to the wind that generates the force to turn the turbine to create the electricity. This is seen as a renewable source as well as environmentally better. One caveat: As the wind blades reach the end of life, their disposal is typically done so by burying them and they cannot be recycled.

SOLAR ENERGY. Solar energy, simply put, is using the sun as it interacts with special panels that make electricity that is used by utilities in their system or stored in a battery. Solar energy can also be used to heat water as well. There are a multitude of companies that have sprung up as well as major investments being made by established energy firms. Solar’s growing advantage is its cost. A recent report produced by Wood Mackenzie states that by 2030, solar is likely to be the cheapest form of energy to produce. Aside from that, the only known concerns are the batteries (the availability and environmental impact of extracting the special materials required to make them) and their disposal.

HYDROELECTRIC ENERGY. This form of renewable or clean energy is created by the building of dams that build up a water supply which runs over or through the dam. Again, this energy is created by the turbines that create electricity. This type of renewable energy has been about for some time. There are several examples around the nation, the Hoover Dam is a famous example. There are also many that are along the Columbia River which runs between Washington and Oregon. The Tennessee Valley Authority, according to TVA.com was created in the 1930s. It has a network of dams that supply renewable electricity to many parts of the southeastern U.S. It also supplies other forms of electricity. The criticism that hydroelectric power sometimes draws is that it disturbs the natural environment and can have long term implications as a result.

NATURAL GAS. Natural gas has sometimes been referred to as a transition energy mainly for electric utilities to burn in place of coal (and eventually relying more on wind and solar as an example). Natural gas consumption (along with wind and solar) has proportionately replaced coal at many electric utilities for the past decade. Many expect this trend to grow. Natural gas not only has lower emissions, but it is seen (at least currently) as cheap and abundant. Many U.S. and international firms have developed extensive search and production capacity as a result. Natural gas is now produced in a liquid state (liquified natural gas or LNG) making it more easily transportable overseas. An increasing amount of the energy demand from China and India (and others) is being met by LNG. There are investment opportunities through stocks and funds should you want to make that part of your allocation.

We have not touched on nuclear energy, which has some significance in electricity generation in the U.S. and in some places in the world. Many U.S. utilities still utilize nuclear energy. France is heavily dependent upon nuclear energy. According to France 24, nuclear energy makes up 75% of its energy generating capacity. French President Emmanuel Macron, however, has pledged to reduce that to 50% by 2035. Will that come from green or clean energy?

Changes in types of energy consumption also are being driven by electric vehicles (EV). Many EV stocks saw significant appreciation and growth in 2020. That was driven by the attraction to clean burning vehicles, but also the innovative artificial intelligence utilized in those vehicles. The future potentially includes autonomous driving vehicles as well.
According to the IEA, the top three consumers of energy in the world (in order) are China, the USA and India. These countries most likely will consume more energy by 2030 than they use today. The question becomes what forms will that energy take? It is likely to be an increase of all three of the sources spoken to in this writing. Investors and or their advisors can do additional research and help plan as to whether these investments might play a part in their long-term plan.

Maurice Stouse is a Financial Advisor and the branch manager of The First Wealth Management and Raymond James and he resides in Grayton Beach. He has been in financial services for over 33 years. His main office is located at First Florida Bank, a division of the First, A National Banking Association, 2000 98 Palms Blvd, Destin, FL 32541 with branch offices in Niceville, Mary Esther, Miramar Beach, Freeport and Panama City, Pensacola, Tallahassee and Moultrie, Ga. Phone 850.654.8124. Raymond James advisors do not offer tax advice. Please see your tax professionals. Email: Maurice.stouse@raymondjames.com. Securities offered through Raymond James Financial Services, Inc. Member FINRA/SIPC, and are not insured by bank insurance, the FDIC or any other government agency, are not deposits or obligations of the bank, are not guaranteed by the bank, and are subject to risks, including the possible loss of principal. Investment Advisory Services are offered through Raymond James Financial Services Advisors, Inc. The First Wealth Management First Florida Bank, and The First, A National Banking Association are not registered broker/dealers and are independent of Raymond James Financial Services. Views expressed are the current opinion of the author, not necessarily those of RJFS or Raymond James, and are subject to change without notice. Information provided is general in nature and is not a complete statement of all information necessary for making an investment decision and is not a recommendation or a solicitation to buy or sell any security. Past performance is not indicative of future results.
Investing involves risk and you may incur a profit or loss regardless of strategy selected, including diversification and asset allocation. Investors should consult their investment professional prior to making an investment decision.

Sustainable/Socially Responsible Investing (SRI) considers qualitative environmental, social and corporate governance, also known as ESG criteria, which may be subjective in nature. There are additional risks associated with Sustainable/Socially Responsible Investing (SRI), including limited diversification and the potential for increased volatility. There is no guarantee that SRI products or strategies will produce returns like traditional investments. Because SRI criteria exclude certain securities/products for non-financial reasons, investors may forego some market opportunities available to those who do not use these criteria. 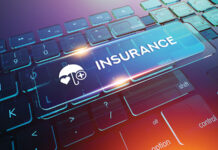 What Flood Zone Do You Live In? 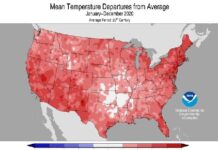 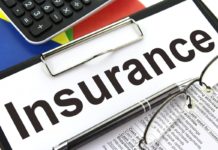