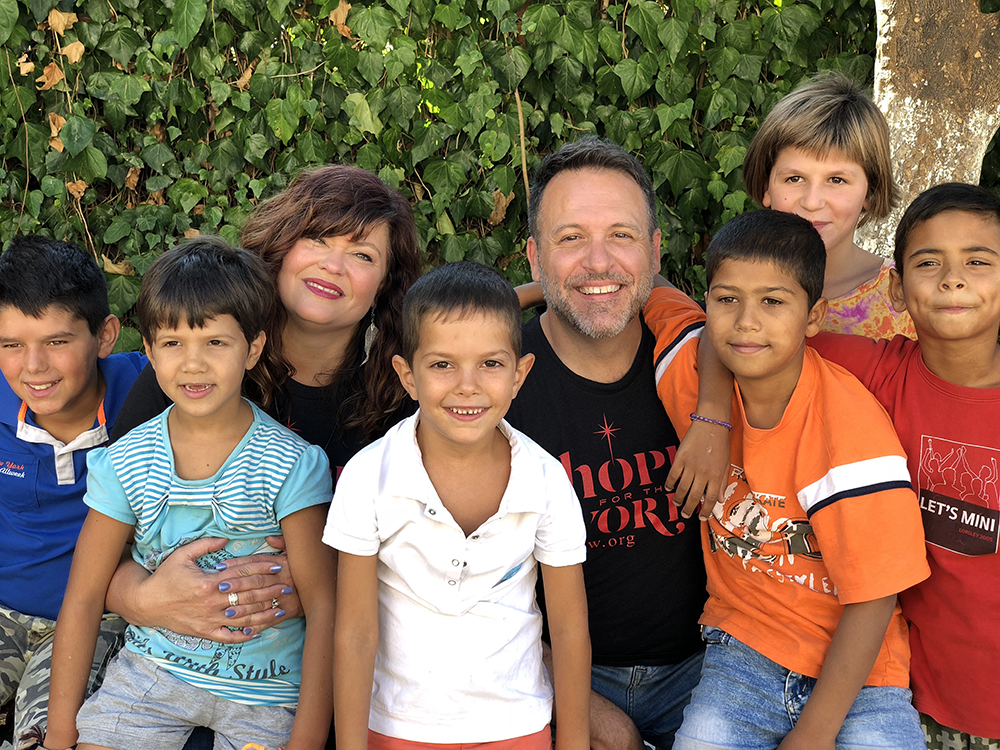 Covid-19 has kept us on our toes this year as we navigate and operate under unpredictable circumstances. This means we have to come up with new ways of doing old things, and organizations are getting creative this year. Instead of having a large gathering with dinner and music for their Moments of Hope fundraiser, Hope for the World Foundation will be hosting a telethon style online streaming event. “We’re calling it a stream-a-thon,” said Buddy Mullins, Hope for the World Foundation C.E.O.

For three years now Hope for the World Foundation has hosted their Christmas fundraiser in Santa Rosa Beach to raise awareness about their work in Albania. On December 3rd at 7 p.m. you can stream Moments of Hope online through YouTube, Facebook or their Hope for the World Foundation website. This will be a live stream with music from the Gaither Vocal Band, videos, and stories about the foundation, testimony from organization members as well as people whose lives they’ve touched. There will be hosts available throughout the 90-minute program to accept donations.

Albania was once the world’s only self-proclaimed atheist county. After World War II, Albania became a communist country, which lasted for 50 years. Under Enver Hoxha’s rule, the practice of any religion was forbidden. Churches, mosques and other religious institutions were closed and converted and the properties were nationalized. Many religious members and leaders were expelled, arrested, tortured or killed. After the fall of communism in 1991, Albania faced the issue of learning to be its own independent country. Another problem it faced was thousands of orphans, children whose parents had been arrested, sent to labor camps or executed under the communist regime.

Jimmy Franks, who had just started Hope for the World, felt driven to help bring the ministry of Christianity to Albania and brought in Roger and Cherie Mullins to help. They were ready to step in with food and clothes wherever they were needed. Hope for the World met with leaders of the new government and were asked to step in and take care of the orphanages, which at the time were basic collecting houses where children in rags were being kept in dilapidated buildings, had little interaction with the overwhelmed caretakers and were given no education.

Since it’s conception in 1992, Hope for the World has helped over 10,000 orphans in four cities throughout Albania. Over the last 25 years, they have led people to Christ, fixed buildings, fed, clothed and educated the orphans. They started their own teen center to house those teens that transition out of orphanages around ages 14-16. The teen center provides them with shelter, a Christian foundation, and opportunity to learn a vocation and to study for university. Hope for the World Foundation also works with special needs orphans, has a ministry in the south for elderly and widows, and a ministry for Gypsies in the north. “It’s a real success story in Albania,” said Buddy. “We’re so grateful.”

Buddy and Kerri work on promoting Hope for the World Foundation by traveling across the country using music, videos and testimonies to show churches, organizations and individuals what the organization is doing in Albania. “We encourage people to continue to bring hope to people that are in need,” said Buddy. They also provide tours of their work across the country of Albania, called Vision Trips. “We take leaders, or those who want to get involved, on a trip through our works that span the entire country, on a 10 day vision trip, and let them see what Hope for the World is doing and let God speak to their hearts about if and where they are supposed to get involved.”

With Covid-19, all the traveling has halted temporarily, and they are working on more creative ways to spread their testimony. Buddy and Kerri are trying to use social media and technology to increase exposure here, about the work Hope for the World Foundation is accomplishing in Albania. Streaming Moments of Hope is one of their first projects. “We’re a little anxious. We’ve never done this online. We don’t know how many people will jump on,” said Buddy. “But we’re looking forward to it and hopefully it will grow from this. Maybe once we get back to some normalcy in the US, maybe we can do both. We’ll still do our Christmas event here and online as well.”

Streaming online is a wonderful way to get the message to others, not just in Santa Rosa Beach, but also all over the country and the world, so please share information for this event with your friends and family, wherever they may be, so Hope for the World can continue to bring hope and faith through Christ to those in Albania. “One thing I love is that Hope for the World has not been about trying to Americanize the country. We’ve been more about discipling the nationals of the country,” said Buddy. “The nationals there have done a tremendous job.”

If you are interested in learning more about the organization, you can visit their Website at www.hftw.org or www.BuddyMullins.com. You can live stream Moments of Hope on YouTube by subscribing to the Hope for the World Foundation channel, or on Facebook at www.facebook.com/HopefortheWorldfdn or www.facebook.com/BuddyMullinsHFTW. 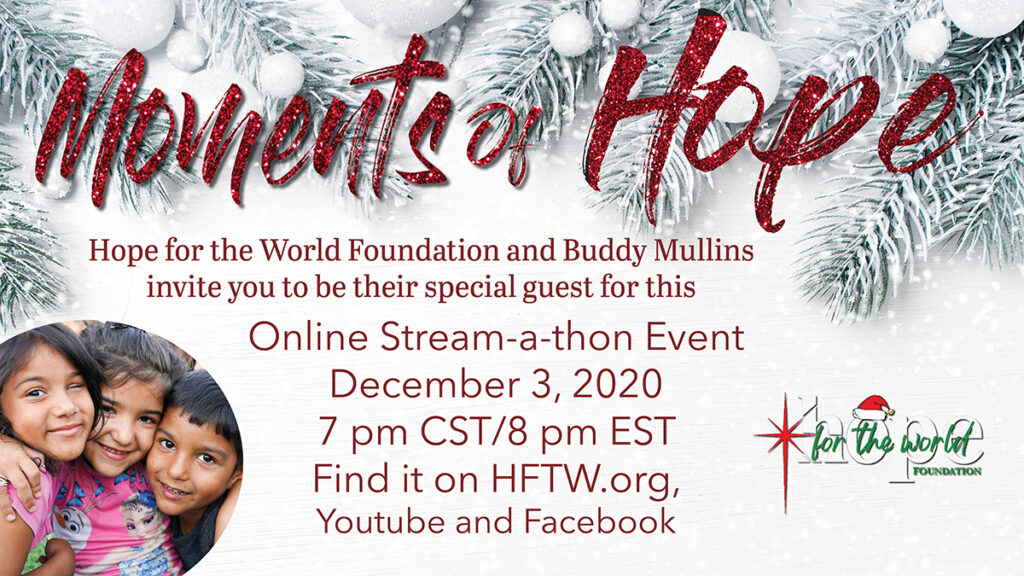 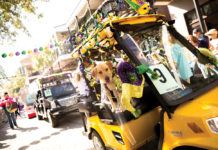 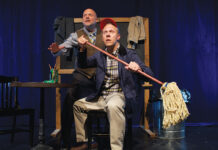 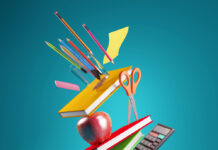