In our culture, we think of the day as starting in the morning and ending with night. In the Biblical culture, the opposite is true. Genesis chapter 1, verse 5 reads: “and the evening and the morning were the first day.” In the Jewish calendar, the sabbath begins in the evening and ends at sunset the next day. Often, when we are sick, it seems the illness worsens in the evening and we find ourselves longing for the breaking of day. The day Christ was crucified, because the Sabbath was approaching, He, being dead, they took Him from the cross and placed Him in a borrowed tomb. It must have been a horrific, restless night for the disciples. Their minds were filled with fear and confusion, and their hopes were shattered.

But then came the morning, recorded in Luke’s Gospel: “but very early on Sunday morning the women came to the tomb.They found the stone covering the entrance had been rolled away.”

Two angels, appearing as men, said to them, “why seek the living among the dead? For He is not here but is risen. “

At an early age, we are filled with dreams and hope for the future. As we grow older and the years pass by, we come to the realization that the night time of our life is fast approaching. It is so different for those whose focus is on God. Their lives begin in the darkness of unbelief, not knowing God. But then life comes alive with meaning and purpose as they come to believe in God’s Son. Zacharias, a Jewish priest, prophesied of the coming of Christ: “Because of God’s tender mercy, the light from heaven is about to break upon us, to give light to those who sit in darkness and in the shadow of death, and to guide us to the path of peace.”

Jesus, the light of heaven, came to earth, lived a perfect life, fulfilling the laws of God; thus He became qualified to die in our place, receiving the judgement of God for our sins. Three days later, on Easter Sunday, He arose from the grave and said, “because I live, you shall live also.”

Whereas, people view life beginning in the morning and ending at night; Christians view life as beginning in darkness but ending in life that lasts forever. For not only do they have hope now, but they believe in heaven where life never ends. “There shall be no night there, and they need no candle, neither light of the sun, for the Lord God giveth them light and they shall reign forever and ever.”

There is a lot of darkness in the world. Many people seem to have lost their way and are without hope. Jesus said, “I am the light of the world, he that followeth me shall not walk in darkness, but shall have the light of life.”

When we come to trust and follow Christ, the darkness is lifted and we begin to experience God’s love and peace. The light of His presence will guide you now and into the future!

Then came the morning. Are you experiencing it? It’s yours for the asking! 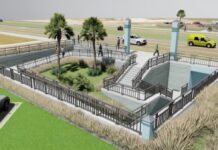 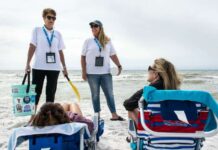 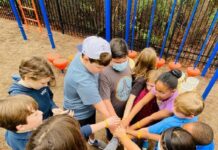