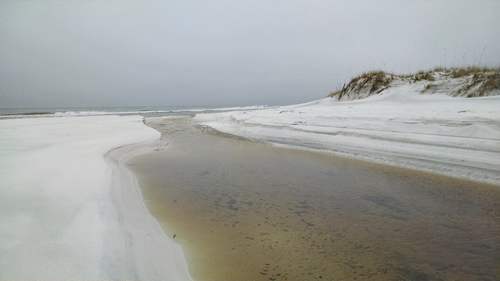 Coastal dune lakes are bodies of water found in dune ecosystems within two miles of the coast.They’re typically shallow and irregularly shaped. Coastal dune lakes are usually permanent water bodies, but their water levels fluctuate substantially since they create transitory interchanges with the Gulf of Mexico.

The lake-water is composed of both fresh and saltwater that comes from tributaries, groundwater seepage (from uplands and from the Gulf), rainfall, exchange with the Gulf, and coastal storm surges. The lake-water is generally colored (e.g., tea or black colored) due to the dissolved organic matter it contains. This is a natural phenomenon, and it’s nothing to be worried about! While these lakes are exposed to normal weather conditions just like any lake, Florida’s coastal dune lakes are also tremendously impacted by hurricane activity (i.e., storm frequency, strength, and duration).

“Observing the Western Lake outfall open on Christmas Eve sparked a notion that many of the lakes would be open to the Gulf due to all the recent rainfall,” said Alison McDowell, Director of the Choctawhatchee Basin Alliance (CBA). “Once I got that idea in my head, I had to go see for myself.” She spent most of the week between Christmas and New Year’s Day hiking to the outfall locations and documenting the conditions. “The Gulf tides were low the first few days of my adventure, so you could see the exposed sandy shoals formed by water rushing out of the lakes. By the third or fourth day, though, tide, wind and waves were pushing Gulf water back into the lakes.”

The local birds use these ephemeral shoals to both rest and feed, creating a hodge-podge of species in shades of gray, white, and brown. Even a Bald Eagle flew in to rest on the sand.

Such exchanges lead to brackish water within the coastal dune lakes themselves, creating biodiversity hotspots. As part of routine monitoring, CBA staff and their citizen science volunteers take monthly readings and samples from each of the coastal dune lakes. Additionally, in partnership with the Mattie Kelly Environmental Institute, researchers are studying different plant and fish communities between the coastal dune lakes. By better understanding these unique resources, land managers – public and private – can better protect them.

Of all of the winter outfalls, McDowell hiked the farthest to reach Morris Lake (almost four miles), protected by Topsail Hill State Park. Because they can be difficult to reach, there is no public database to document dune lake water exchanges. “That’s why it is so important for the Choctawhatchee Basin Alliance and our citizen scientists to visit the sites,” McDowell explains, “We are the eyes and ears on the natural environments of our community.” 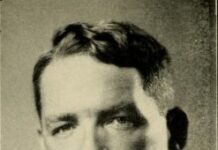 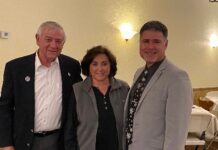