Leak in the Sunrise Condos in Panama City Beach

Recently, the APEX Disaster Response Team responded to an emergency call at the Sunrise Condos in Panama City Beach, Florida. In response to a leak inside the structure, the team was able to successfully prevent human exposure to potential toxins and additional damage costs. Leading the team was Operations Manager for the Mitigation Department for APEX Disaster, James Miller. Miller started his career in restoration more than 23 years ago working as a Project Manager and Estimator for companies such as Eagle Construction and Belfor. Jiim and his team are trained to respond to every incident with urgency, composure and professionalism to ensure proper assessment and appropriate recovery response.

The Sunrise Condos in Panama City Beach had a near catastrophe following a leak originating on the 16th floor. Within 30 minutes, the team was onsite to assess the damages and facilitate an appropriate recovery process.

Miller and the team received an emergency call during a production meeting regarding a busted water line on the 16th floor on the Sunrise Condos. The initial leak was caused by a plumbing company that failed to confirm the water was turned off prior to removing a water heater.

When the team arrived, the water had leaked into units 1606 and 1605, and followed all the way down to the 8th floor. Although originally thought to have only affected the two initial units, the team quickly discovered the leak had expanded several floors below. Producing a flow of water throughout the units, the leak extended from the 16th floor to the 8th floor, flooding every unit in its path. Each unit beneath the origin was inundated with water dripping from the ceiling and soaking the floors and walls. The team had to respond quickly and efficiently to ensure further damages and expenses were not incurred. Miller attributes the quick reaction of his team to, “their sense of urgency and understanding of what constitutes a problem and what requires the highest level of urgency.”

How Was it Resolved?

After the team was briefed on the issue, they responded in an efficient manner. They called in the cavalry and directed crews to bring three trailers loaded with equipment to begin the water extraction from the units. Additionally, the team placed environmental controls such as dehumidifiers and fans to pull out the humidity and avoid the accumulation of mold.

Most of the materials the water touched required removal to avoid the buildup of mold and other potentially harmful contamination. Moreover, the class 4 condition presented additional challenges in drying out structural components such as concrete floors, columns, and beams. Despite the high threats to the structure, the team was able to contain the damage to 16 units and keep the crisis from becoming catastrophic.

Furthermore, by acting quickly, they were able to salvage 50 to 60 percent of finished materials including dry wall, carpet, paint, tile, trim and cabinets. Within a couple days, the humidity levels decreased resulting in minimal damage mainly consisting of dry wall removal due to extensive water damage at the time of origin. “If the structure had not been mitigated properly, the units would have required full scale restoration and reconstruction. This would have cost tens of thousands of dollars in lost rent due to the units being uninhabitable as tenants waited on additional construction to be completed. Proper response, decision making, and action are crucial in circumstances such as these,” Miller explains.

With the quick and successful response from the team, mold was prevented from forming and ultimately saved hundreds of thousands of dollars in damage. Miller recalls the appreciation of the staff at Sunrise Condos stating, “the client was pleased with our urgency and preparedness. I received regular comments and praise regarding the level of communication from the team as exemplary. They were very appreciative of APEX and our professionalism.”

Due to the team’s quick response and dedication to preparedness, the issue was successfully analyzed and maintained to prevent further catastrophic damage. Miller reiterates his trust in the team by stating, “the team here is unprecedented, they’re the best. They treat every job the same way; they hold the same level of urgency. Regardless of level of threat, they respond the way they were trained to respond.” 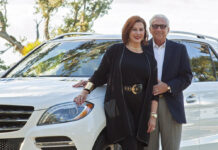 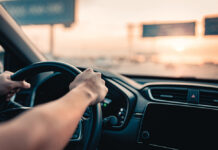 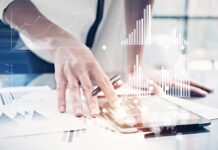