May 6, 2020 will go down in the history of Santa Rosa Beach, FL as the day our beloved beach community got a real wake-up call. 33 Homes were burned to the ground. And, by the Grace of God and rapid response of our first responders  no lives were lost in the rapidly moving fire. I’ve lived in this area my whole life, some 30+ years. I can remember many trips to Blue Mountain Beach back when it was a dead-end road with a lonely caution light. I remember the pristine sand dunes, the pine trees as far as the eye could see, the abundant wildlife and a 2-laned 98 with little traffic. You could see the sugar sand and that intoxicating Azul colored water down almost the entire stretch of 30A.

There weren’t many restaurants. Just a few beloved dives. There were no bike rental shops, no resorts, no pizza chain in every community, no problems parking anywhere and no Rosemary or Alys Beach. The HUB wasn’t even a thought at that point and there were very few beach-front properties.

Times have certainly changed. Sometimes, I barely recognize this place anymore.  Feeling nostalgic,  I wandered into 98 BBQ and slumped into a booth. It seemed like just yesterday, I was in college, working 3 jobs, and 98 BBQ was one of them. It was a tiny new downhome BBQ shop owned and run by locals, John Seeling and his son Jordan. Back then…Jordan was still in high school playing football for the Seahawks. We’d cut up and then get to work. Flash forward 13 years…the smoke was still in the air. Jordan’s a grown man with a wife, a toddler and a baby on-the-way. John is still the jovial character he always was, but slightly grayer. We talked. John tells me he’s drained from the week and just as disheartened as I am. He spent most of the night of the fire catering BBQ to our first responders.

Jordan comes over and we pick up just where we left off. He tells me he was at work when the frantic call came from his wife saying they were being evacuated from their home due to a fire that was spreading quickly through the neighborhood. Naturally, he jumped in his car and headed for home, but the roads were so backed up with other evacuees. He couldn’t get to her like he normally could and he panicked. “I thought the absolute worst. Was my wife and child ok? Is our home on fire”?

When he finally got to her, she was safe but shook up. The Forestry Service was working diligently on backhoes and bulldozers to revert the fire away from people’s homes. They plowed right through most of Jordan’s fence, but thankfully they saved his home. I asked Jordan, having been through what he has, what’s most important to him to prepare for situations like this in the future. And he said, “Make sure you have a fire-safe box that’s easily accessible in your home. Put your keep-safes in it and anything else you can’t live without. Make sure you have some cash, your passport and birth certificates. A handgun is a good idea, for those who hold permits. Also, make sure you have a bag packed and ready with medicine, water, sun/bug screen, matches, flashlights, comfy shoes, blankets, protein bars, toilet paper, if you can find some, etc., just in case you have to jump in your car with your family and get out of town.

You just never know when tragedy will strike. It’s best to be prepared,” he said.

As with every tragedy, this too will pass. Hopefully we’ll take time to consider; SoWal is one of the most naturally beautiful places on the Earth. It’s a blessing to live here. I hope we continue to respect the land and be thankful for the many dedicated public servants who responded so quickly. Special thanks to 98 BBQ, our 1st responders, the National Forestry Service, the Walton County Sheriff’s Office and everyone  who came out to help fight the Musset Bayou fire. 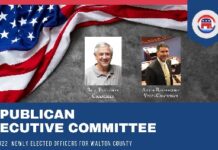 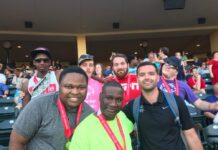