Blair Woods is an American Pop singer/songwriter and actress originally from the Emerald Coast. She found her way into the entertainment industry while living in Los Angeles California. 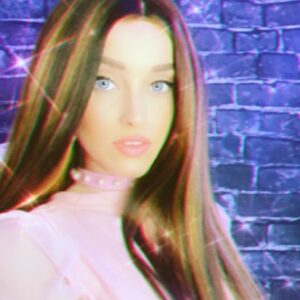 When the world turned upside down Blair moved back home. Unable to quell her innate drive to perform Blair began to livestream her music. You can catch her every night on the MeetMe app at 11pm EST.

Ms. Woods loves to write and perform her original music as well as sharing covers from her inspirations which include; Arianna Grande, Mariah Carey, Whitney Houston, Celine Dion, Selena Gomez, Taylor Swift, Britney Spears, The Beatles, and Zara Larsson. She shares that she listens to metal core, rock, classic rock, rap, hip-hop, blues, and alternative styles as well for inspiration in her music.

Blair is primarily self taught but has acquired a vocal coach to help maintain her healthy vocal habits. With an impressive 5 octave range that she likens to Mariah Carey, she enjoys trying new vocal tricks with her whistle register for fun and to incorporate it into her own music.

When asked about her writing process Blair shares, “I primarily just hear a melody in my head and once it pops into my head I record on voice notes an idea and go from there making sure I’m not copying anyone. I sometimes write on a piano but I find the best creative moments come when I am in the car alone or with my producer Nick in the studio. From voice notes I get an idea of what I want the instrumental to sound like, then I just find a song with similar instruments in it and tell Nick and he makes something incredible and then we record when I can fly out.” 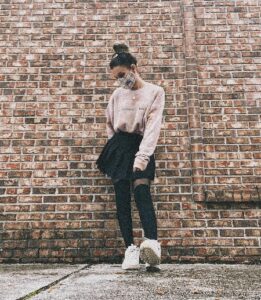 We asked Blair where she would like to be in ten years. “Touring, consistently chart topping, seeing millions of fans, and loving every bit of it, including the rough stuff. In 10 years I also hope the platform and earnings are enough so I can start my own homeless shelter that actually helps and houses people who have been left on the streets due to job loss or other uncertain circumstances they couldn’t control. I think the government doesn’t do a great job and I have ideas that would, in time, all completely go full circle and create possibly one of the best non profits. Also in hope to make sure families and single people aren’t left on the street. It of course involves a plan to get them back into a career path they would choose from. I feel like if I get blessed enough to have a full successful career that I should give back however possible.”

To learn more about Blair Woods and to hear her music you can find her at, blairwoodsmusic.com and Blair Woods on Spotify. 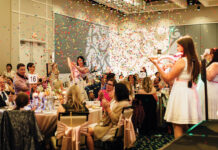 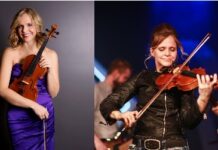 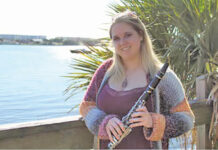